← Why First Drafts Are Fun
10 Reasons We Love Book Trailers → 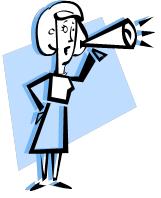 We have interesting discussions at our house. The other day we were talking about universal constants. (We can’t remember how this worked its way into the conversation, but that happens a lot around here.) We talked about the speed of light. Gravity. Moms.

Moms was our daughter’s contribution. She firmly stated there is one thing that is instantly recognized everywhere, regardless of where in the world you happen to be. The Mom Voice.

Everyone knows the Mom Voice. It is the voice that freezes children on playgrounds. It stops physical action with one word. It can be heard over distances that would make even fire truck horns sound muted. It is the ultimate authority, that instantly recognized tone to which all beings respond.

We have seen the Mom Voice in action many times. Once, while on vacation, we had a room overlooking the hotel pool. It had begun to rain and thunder, but several kids were still swimming. One irate mom, who had sent her husband to (unsuccessfully) extract their children from the pool, came to the edge of the water, put her hands on her hips and commanded, “Get out of the pool. NOW!” Not only did her children promptly vacate the pool, every other child (and a few dads) also sprang from the water.

At our house, the Mom Voice showed its awesome power just yesterday. One of the kittens was attempting to paw open a cupboard door. After being removed from the kitchen half a dozen times, the kitten waited until Mom had settled comfortably in a chair with a good book. Then she crept back into the kitchen. The unmistakeable sound of kitten claws against wood drifted into the living room. Not wanting to get up again, Mom yelled, “I know what you’re doing and you had better stop it!”

The results were immediate. Down the hall in her bedroom, our daughter froze, thinking “But I’m just doing school work.” Joe came out of the office and poked his head around the corner with an inquiring what-have-I-done-now expression. Both kittens went scampering. And outside the open window, in the neighbor’s yard, two boys stood frozen by the rock wall that divides the yards. They carefully put down the rocks they had been removing from the wall (for what purpose we do not know) and crept away.

The Mom Voice. It’s a superpower.

← Why First Drafts Are Fun
10 Reasons We Love Book Trailers →