The Paradox of Time-Saving Devices 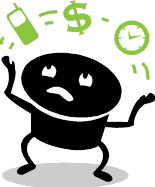 Cell phones. Tablets. Laptops. The list is ever-growing and ever-changing. All these devices are designed to makes our lives easier. To streamline our work. To give us more time. The trouble is they don’t.

Remember the books and articles that predicted computers that would be so efficient, they would liberate us from the shackles of an eight-hour work day? Give us a completely paperless society? They would enable us to accomplish more in less time, leaving us free to pursue leisure activities like never before. Computers were going to set us free.

So what happened? The computers materialized as predicted. They enabled us to accomplish our tasks faster. They streamlined our work. So where is the abundant free time?

Unfortunately, we have to communicate quickly. No more complete sentences. No more fully spelled words. Who has the time to either write them or read them? 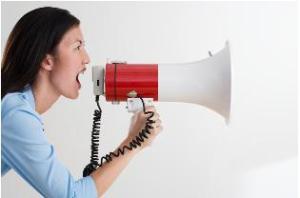 We were worried about our daughter’s hearing. She’s sixteen and never seems to hear anything we say. Comments made to this kid are usually answered with “Hmmm?” Requests for her to do something invariably are met with “What?” And never try calling to her from another room. You will grow old waiting for a reply.

We were seriously considering getting her hearing tested when we began to notice inconsistencies in her hearing. One day we were in the kitchen pouring some crackers into a bowl when this supposedly deaf child suddenly appeared at our elbows.

She had been in her bedroom at the other end of the house when she heard the crackers hitting the bowl.

Another time, we had opened a bag of pretzels and were sitting in the living room sharing them when we looked up and saw her standing there.

“How’d you know we had pretzels?” we asked as she dived into the bag.

“I heard you chewing,” she replied.

Or how about the time we were having an in-depth and lengthy discussion about a very special character in one of our books who needed to be able to communicate with other characters without giving too much information away, which would ruin the plot. We went back and forth for a good twenty minutes when our daughter called out from her bedroom.

“Make it communicate with feelings instead of words,” she said.

She had followed the entire conversation, which was taking place in the living room. And what was even more astounding, her suggestion was terrific. We used it, and it added a great dimension to the story. However, when we yelled back, “Thanks!”, we received no reply.

Sigh. Do you suppose there is a test for selective hearing in teens?