← We’ve Been Editing Our New Book
The Future: If You Blink, You’ll Miss It →

The Politics of Rocks 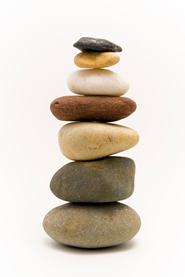 We have a rock wall surrounding our yard and the four neighbors who share this rock border have four very different attitudes to the question of who owns the rocks on the wall.

Neighbor #1: “These rocks belong to me.” We simply cannot convince him that the property lines runs down the middle of the wall (several surveyors have also been unable to convince him of this) and, as a result, we are having constant skirmishes. This is our most volatile and unstable border. All negotiations have failed, and he now conducts regular border patrols. No leaves or sticks are allowed to linger on his lawn, either, and if you cross the border you so at your own risk.

Neighbor #2:“Take my rocks, please.” This neighbor doesn’t like the rock wall. The stones are constantly falling into his yard and causing mayhem when he runs over them with the lawn mower. He wishes to export as many rocks as possible, and we have a very liberal trade agreement with him. He barters rocks in exchange for help in repairing his lawnmower. Both our properties thrive from this mutually beneficial arrangement.

Neighbor #3: “Who cares about rocks?” The rock wall is not part of his vision of his property. He doesn’t care if we shore up the wall or take it down. His laissez faire attitude requires neither a trade agreement nor border patrols. It is an open border; kids freely cross it and rocks can be added or subtracted with impunity by either side (with the understanding that the wall itself is never dismantled). Free exchange at its finest.

Neighbor #4: “Rocks? What rocks?” We have a fourth neighbor, whose house sits behinds Mr. Take My Rocks, Please. His property shares the smallest section of the rock wall. He never exhibits any curiosity when we work on the wall, and when we once asked him if we could take a beautiful piece of quartz from his side of the wall and offered to replace it with a stone of equal size, he gave us a quizzical look and uttered the now-famous reply, “Rocks? What rocks?” It never even occurred to him that he had any claim on the rock wall. A Neighbor without Borders.

And how do our neighbors view us? We are not entirely certain, but we believe it goes something like this:

Mr. These Rocks Belong to Me sees us as a hostile nation and has instituted sanctions.

Mr. Take My Rocks, Please views us as a harmless border country with a different culture that is not understood but tolerated since our odd fondness for rocks supports his domestic policy.

Mr. Who Cares About Rocks probably views us as a neutral state. We don’t go to war with him and do not interfere in the politics of his nation.

And Mr. Rocks? What Rocks? Perhaps he sees us as a young country, building our infrastructure and cementing our borders. Perhaps he views us a materialistic nation bent on acquiring more wealth (in the form of rocks). Or perhaps, if someone were to ask him about us, he would reply, “Neighbors? What neighbors?”

← We’ve Been Editing Our New Book
The Future: If You Blink, You’ll Miss It →